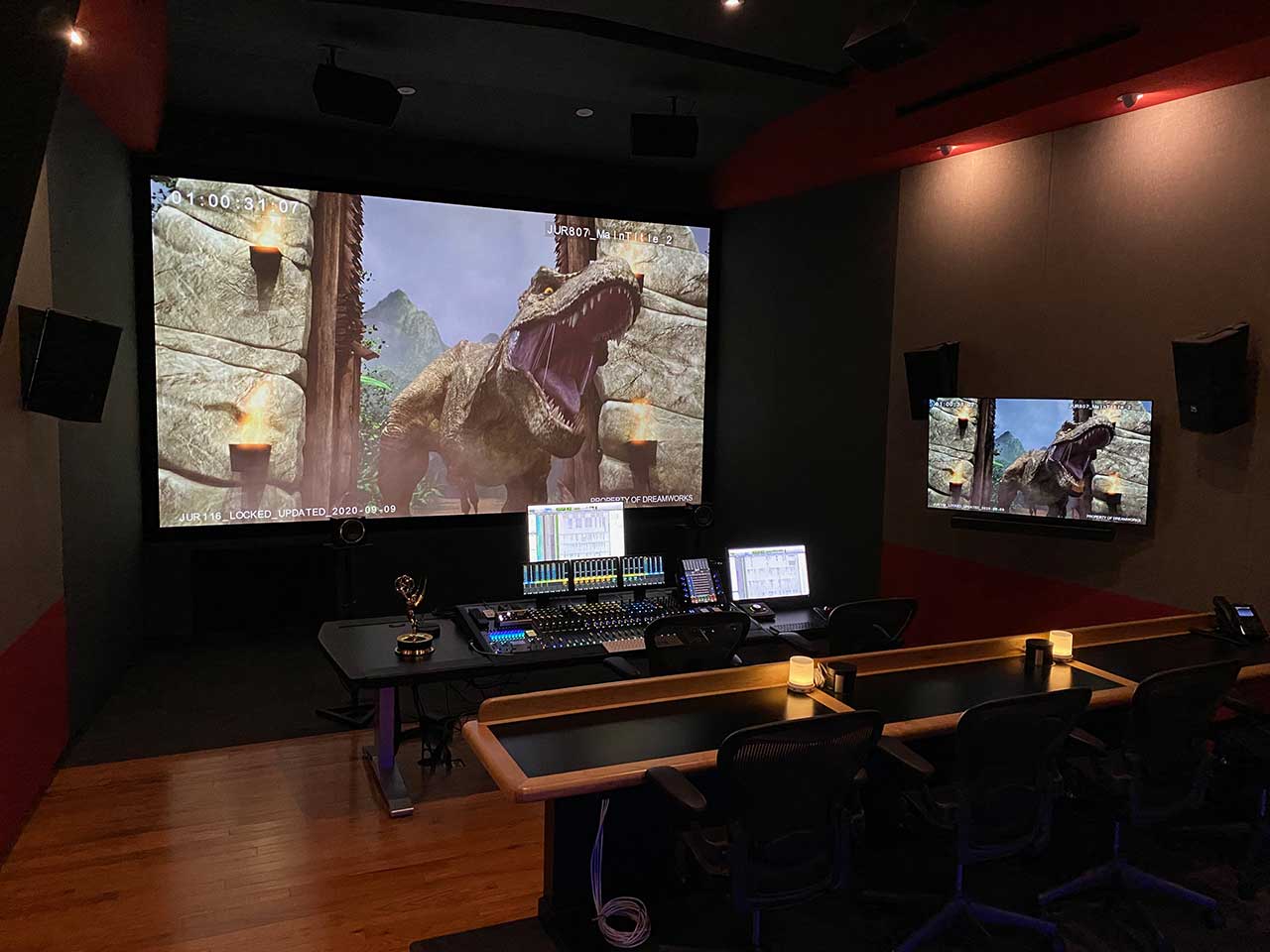 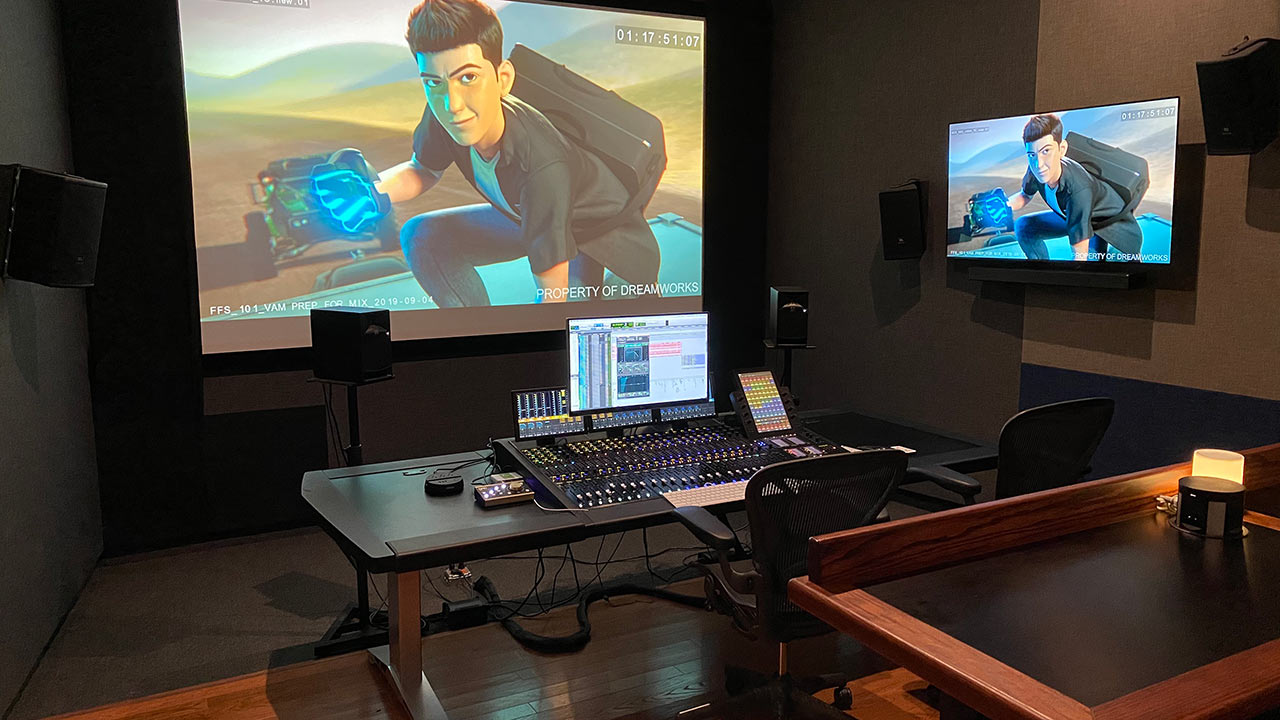 “The moment we plugged everything in and turned it on, it was flawless,” Lynch adds. “We played back some material that we had mixed at other studios and the translation was perfect.”

“Our acoustic designer and contractor suggested we speak with Jim Pace at Audio Intervisual Design,” explains Sound Rebels co-founder and chief re-recording mixer D.J. Lynch. “AID was able to pinpoint what we needed and recommend the right mixing console, the right speakers, and all the ancillary gear we needed. We specified Dolby ATMOS certified studios because Netflix and many other major studios are making that a delivery requirement.”

D.J. Lynch grew up in the suburbs of Chicago and moved to Los Angeles to attend USC’s School of Cinematic Arts. His breakthrough in post audio came when he landed the job as sound editor and mixer on the television show “Cops” (1989) for Fox.

“Jim came up with some really surprising ideas,” Lynch continued. “He suggested we take the mid- and the high-range drivers from one JBL speaker model and pair it with the low frequency woofer of another. He explained that this configuration for ATMOS was the right spec for our room size and the amount of sound pressure level that we needed. We have 14 speakers installed for the surround and overhead speakers — and they do sound great.”

The two new Sound Rebels stages, dubbed “Victory” and “Triumph,” are technically identical, networked for ease of operation for whatever their projects need.

“The moment we plugged everything in and turned it on, it was flawless,” Lynch adds. “We played back some material that we had mixed at other studios and the translation was perfect.”

In addition to many other television shows and films, Lynch carved out a niche for himself in animation, mixing several of Nickelodeon’s flagship shows like “SpongeBob SquarePants (1999)”, “Teenage Mutant Ninja Turtles (2012)”, “Sanjay and Craig (2013)”, and “The Penguins of Madagascar (2008)”, and is a nine-time Emmy and six-time Golden Reel Award winner.

“I’ve been working on SpongeBob since 2006 and they have been gracious enough to follow us from other studios to our current position here.”

Lynch’s partner and supervising sound editor Rob McIntyre, also a ten-time Emmy and 3-time Golden Reel Award winner, commented, “Lately, I’ve been mixing “Teen Titans Go!” for Warner Bros., as well as managing all our other projects like “Camp Cretaceous” and “Fast & Furious Spy Racers” for DreamWorks. Warners and DreamWorks were also gracious enough to follow us here. ‘SpongeBob’ and ‘Teen Titans Go!’ are two of the biggest animated shows on television. So when we opened our new facility, we really hit the ground running.” 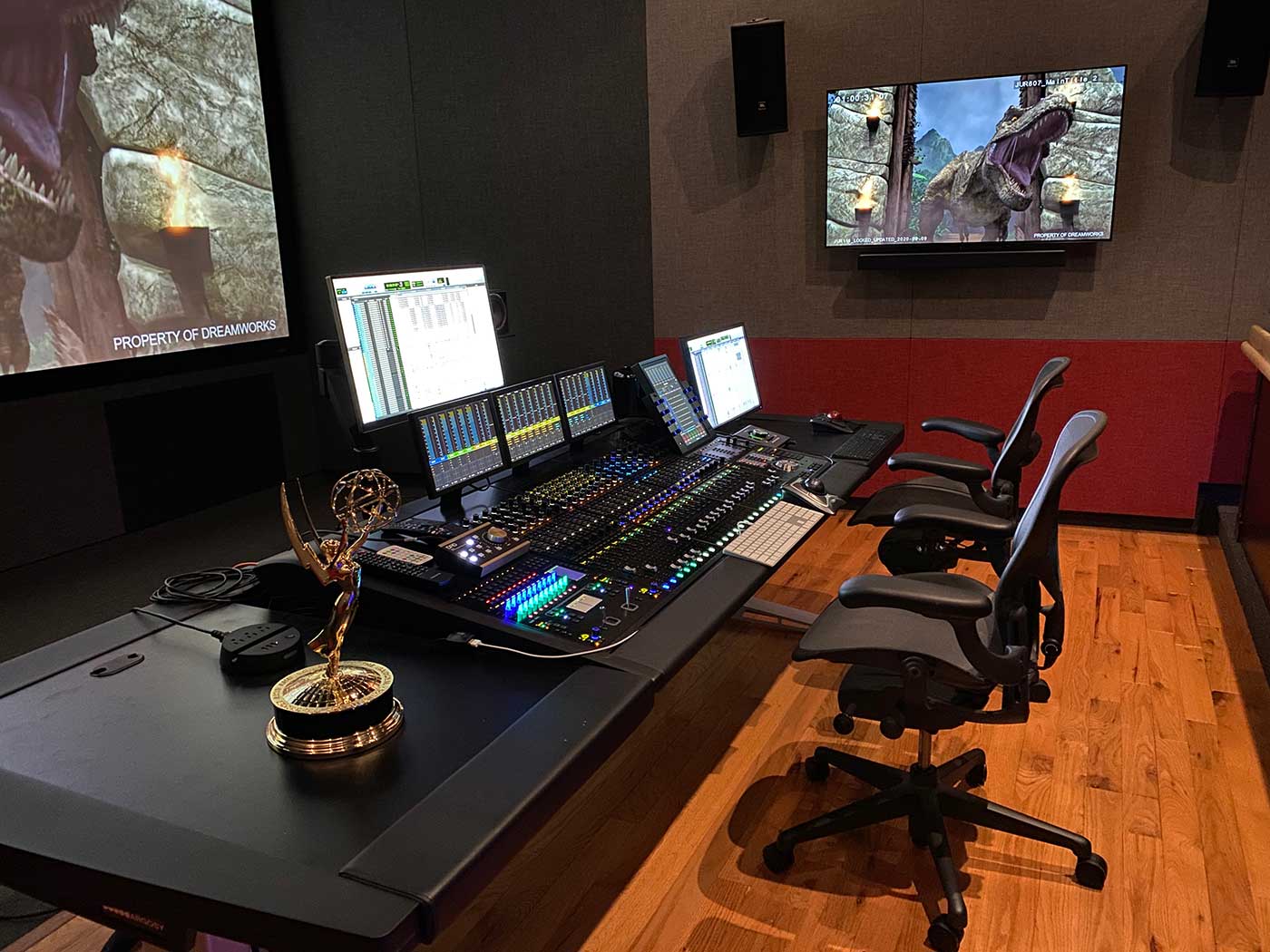 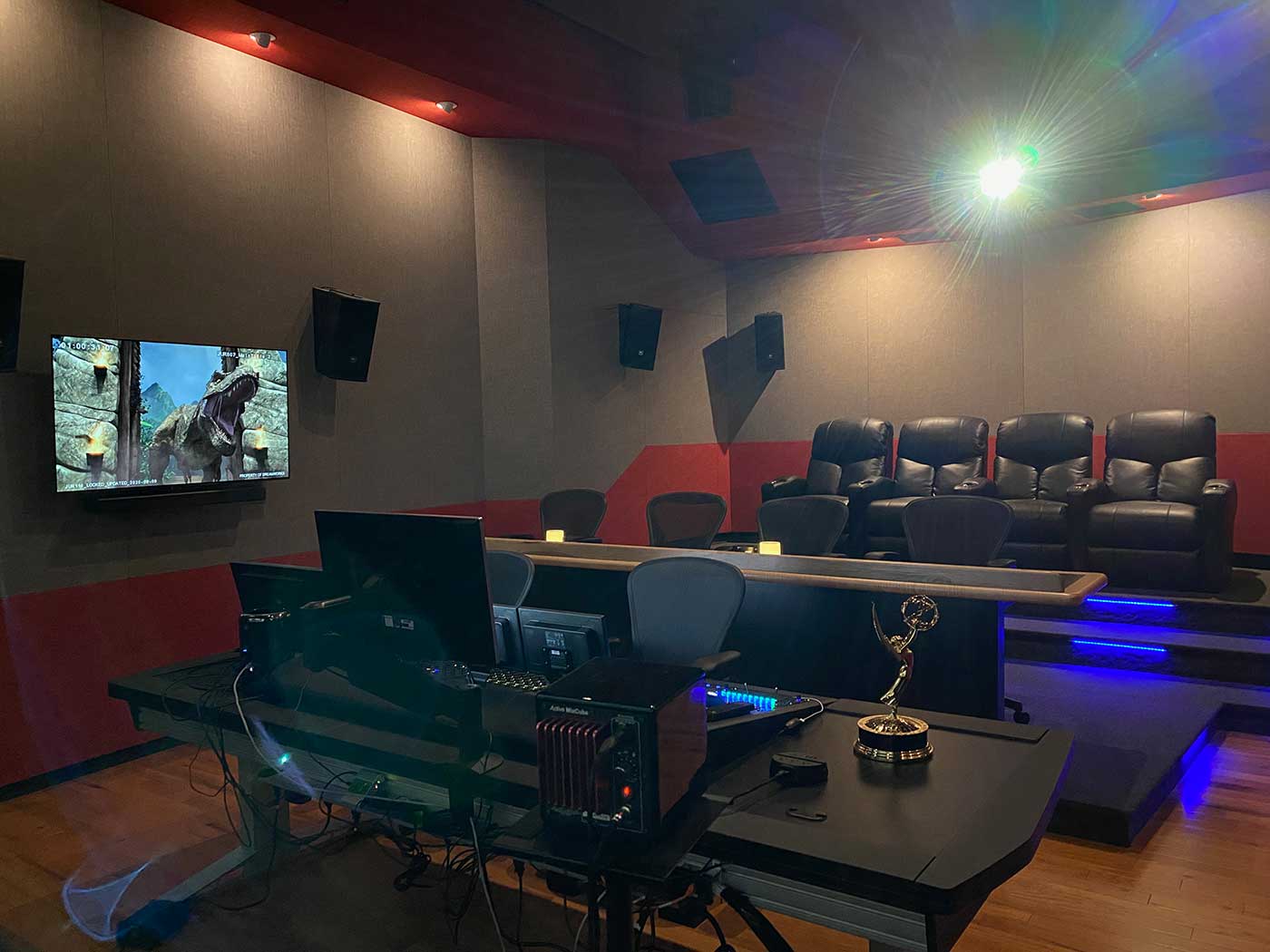